Not the fastest or most efficient, but its cost could pencil out.

Usually when you face a choice between a conventional gas or plug-in hybrid SUV or car, the PHEV struggles to save enough fuel to offset the cost of the battery, motor, and all that extra copper. For some drivers, the BMW X3 xDrive30e might just pencil out. But will it kill your soul while doing so?

Changing the "i" at the end of that model designation to an "e" costs $4,600. For that, you get a 107-hp/77-lb-ft electric motor sandwiched between your engine and transmission, which boosts the 2.0-liter turbocharged I-4 engine's output to 288 hp and 310 lb-ft. (In the xDrive30i it makes 248 hp and 258 lb-ft.) You also get a hefty 12-kWh battery pack capable of propelling the X3 on battery power alone for an EPA-rated 17 miles. When driving in that mode, the EPA rates it at an impressive 59/61/60 mpg-e on its city/highway/combined cycles, but the added weight of all this equipment (782 pounds on our scales) means that when that battery gets depleted, it gets the same fuel economy as the six-cylinder X3 M40i (21/27/24 mpg). 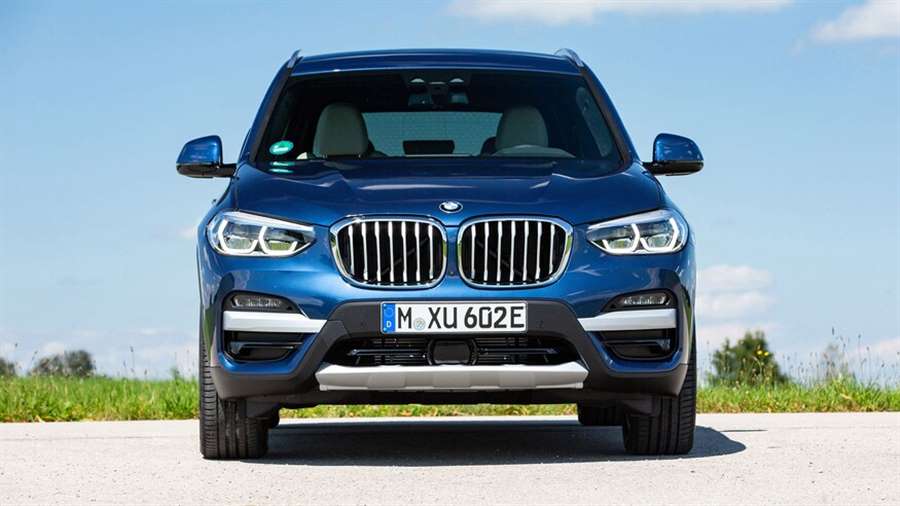 Here's how you can make the X3 xDrive30e pencil out in terms of fuel costs alone, using the five-year, 15,000-miles-per-year (41 per day) ownership model our partners at IntelliChoice developed. First, you need to plug in every night and drive at least 17 electric miles every day. Doing that, using national average costs for electricity and premium fuel of 13.19 cents/kWh and $3.08/gallon, the 17 daily miles add up to $2,292 over five years, and the remaining 24 miles/day will cost $5,808, for a total of $8,100—$783 less than IntelliChoice's $8,883 fuel cost for the X3 xDrive30i, and nowhere near our $4,600 target. But suppose you commute 17 miles each way to a generous, planet-loving employer offering free EV charging*? Now 34 miles per weekday (plus 17 daily miles on the weekends) costs your household that same $2,292, while the remaining 4,392 miles are gas only, costing $2,900, for a total of $5,192—a fuel savings of $3,691 relative to the xDrive30i. That's 80 percent of the cost difference. Drive it another year or two and you're there—less, if IntelliChoice finds the depreciation to be less for the PHEV model (full cost of ownership data is incomplete for this model).

This electrified SUV is "massive," but it's a low, road-hugging, rear-biased (43/57 front/rear percent) mass. The added electrification nearly maintains the xDrive30i's weight-to-power ratio (17.4 lb/hp versus the gasser's 17.1), but because of the electric motor's strong low-end torque (its peak lasts from 0-3,170 rpm), it accelerates considerably quicker. The 60-mph dash takes just 5.4 seconds en route to a 14.5-second, 98.1-mph quarter mile. That roughly lands the xDrive30e neatly between the non-electrified four and six-cylinder X3s. The xDrive30i's stats are 6.3 seconds and 14.8 at 92.6; the M40i's are 4.8 and 13.4 at 103.7. This result is particularly remarkable given that the hybrid's GA8P75HZ transmission features unique gearing that pencils out slightly taller (more efficiency minded) than the shared gearing of the gas models. 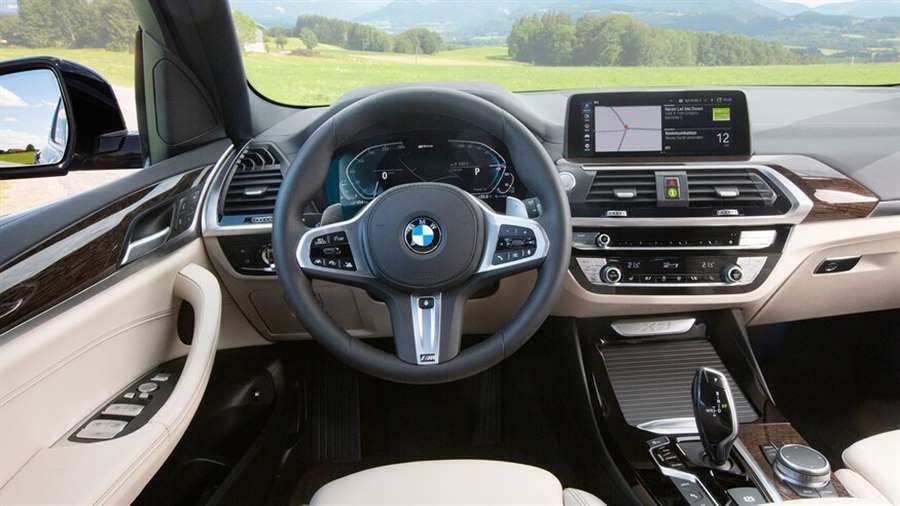 As with most BMWs, fiddling with the drive modes alters the mood of the vehicle substantially. Naturally, there's a fully electric mode that allows fuel-free motoring up to 84 mph; a hybrid mode can remain fully electric to 68 mph, while the EcoPro, adaptive, and sport modes ratchet up the driving fun as in the X3's sisterships.

Is The X3 XDrive30e Any Fun To Drive?

Our test sample was kitted out for peak driving fun, with the M Sport 2 and Dynamic Handling packages and shod in 20-inch Pirelli P Zero summer run-flat tires. As such, it smokes the braking and lateral-g performance of our last X3 xDrive30i (on 19-inch Bridgestone Dueler H/P Sport all-season tires). It out-brakes our long-term M40i, doing 60­­-0 mph in 110 versus 112 feet, and even manages a bit more max-lateral grip (0.89 to 0.84 g), and that one wore 21-inch Bridgestone Alenza summer tires. Had we been able to perform our figure-eight test in Michigan, it surely would have logged a low-26-second lap. So yes, there is typical car enthusiast fun to be had at the helm. There's also geek-fun to be had paging through the many performance- and economy-oriented screens and displays available in the cluster, the central screen, and the head-up display.

How Does The BMW X3 XDrive30e Compare With Its Rivals?

Sadly, we have no official experience with this X3's obvious plug-in competitors—the similarly sized Audi Q5 55 TFSI e and the Mercedes-Benz GLC 350e—so we're ill-equipped to compare them. The Audi and BMW are rated to tow 4,400 pounds, and the Mercedes can only manage 3,600 if that helps in the elimination process. Otherwise, on paper these two competitors cost more to start with—$52,995 for the Audi and $52,895 for the Benz compared to $49,545 for this X3—but their extra cost buys extra output and economy. Their electrified 2.0-liter drivetrains make more power and torque—362 hp/369 lb-ft for the Audi and 320 hp and 413 lb-ft for the Mercedes—so odds are they'll be quicker. They also get higher EPA ratings: 64/66/65 mpg-e (25/29/27 mpg on gas only) for the Audi and 67/70/68 mpg-e (23/28/25 mpg, gas) for the Mercedes. Those cars boast 2-4 additional miles of electric range, too. Of course, the premium you pay for the PHEV hardware is also steeper, so making the saved fuel costs pay off the premium might require an unreasonable amount of mooched electricity.