It won't exactly be news to you that the BMW 330e is very good indeed. It already accounts for 25% of all 3 Series sales in the UK thanks to the undeniable tax avantages of running the plug-in version on the company. But the good news is that this is not be the only reason for going for a 330e – it is a genuinely excellent all-rounder.

For one, it's very good to drive. Not perfect, but very good. For another, the electric-only driving range is usable to the point that it will cover most owners' commutes. And finally, there's the XtraBoost feature that cranks the combined petrol/electric power output up to 295hp – if only for short bursts at a time.

So, it's a plug-in that's rational and exciting – read on to find out just what it is that makes the 330e so special.

If you're familiar with the standard BMW 3 Series, then you won't find many surprises here, and it's business as usual. The boot space has suffered compared with the standard car, as you’ll find the floor is humped. The hump is actually the fuel tank, which has been moved from its usual position under the seats to make room for the batteries – overall effect is that the standard saloon packs away 480 litres of boot space, while the 330e has just 375 litres.

The infotainment systems and digital dials gain hybrid-related display options, but aside from rearranging a few of the buttons on the centre console, this is the only difference in the passenger compartment. 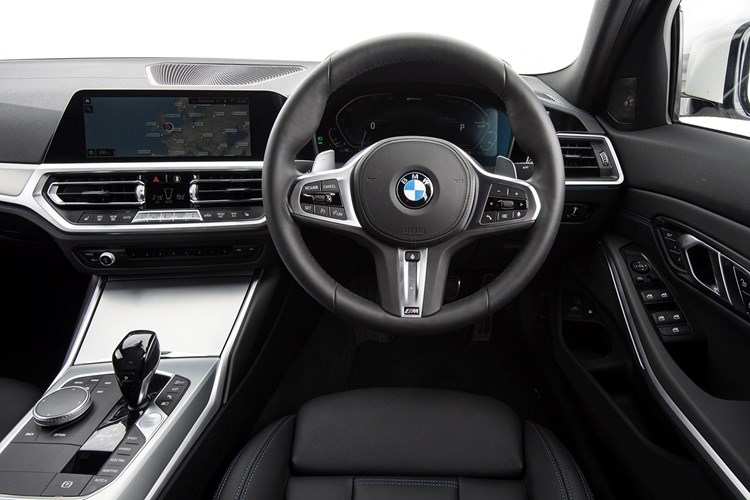 The 330e combines the same 2.0-litre, four-cylinder turbo petrol engine you’ll find in the regular 320i with an electric motor that’s neatly integrated into the eight-speed Steptronic automatic transmission. The petrol engine develops 184hp and the electric motor adds another 112hp. Very impressive, even if you can’t just add those two figures together to get the car’s total power output.

So, the 330e’s official power output is 252hp, which rises to 292hp when you activate the XtraBoost function for short periods of time under full acceleration. There's no 'push to pass' boost button, it's just activated by flooring the accelerator in either the S or M transmission settings.

On the road, the results are impressive. Floor it from the lights and the 330e springs forward with real vigour. The 0-62mph time is 5.9 seconds, but it feels faster than that, especially considering how on the motorway it builds speed quicker than a 330d. You only get 10 seconds of XtraBoost, but that's more than enough on UK roads.

One criticism we'd level at the 330e is that it just isn’t that much fun to drive. The four-cylinder engine sounds strained when worked hard and it feels less agile in bends, presumably as a result of accommodating the additional weight of the hybrid batteries.

But it is still a car that devours bends without blinking. It’s just that a little of the fun has gone missing from the process, as exhibited by the slightly light and artificial feel to the steering (again, even in the heaviest Sport setting). 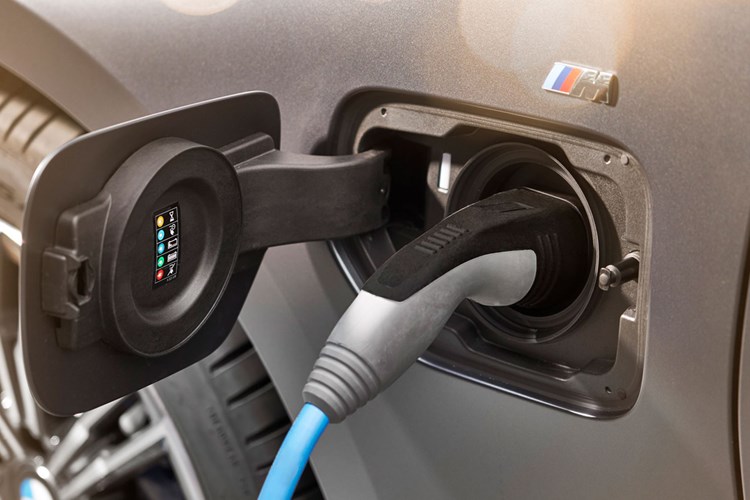 The 330e is able to drive up to 41 miles on electric power alone, and there are an increased number of options to make the most of it battery. You can set a guide percentage of power pack life you’d like to retain and the car will do its best to manage this on your behalf.

There is also an automatic setting, which works with the sat-nav guidance to choose the most appropriate points on your route to deploy the electricity. You can manually activate full electric mode up to 87mph and cruise there until the remaining range runs out.

The official fuel economy for the 330e is a claimed 138mpg in the WLTP real-world test, with CO2 emissions of 39g/km (that’s 10% less CO2 than the last version). You’ll need to be using the electric power a lot and mostly doing short journeys to get close to those figures, however.

You’ll also need to plug the hybrid part into the mains as many times as possible in between journeys; a full charge takes three hours and 25 minutes using a BMW i Wallbox, or five hours and 40 minutes using a plain old three-pin plug. 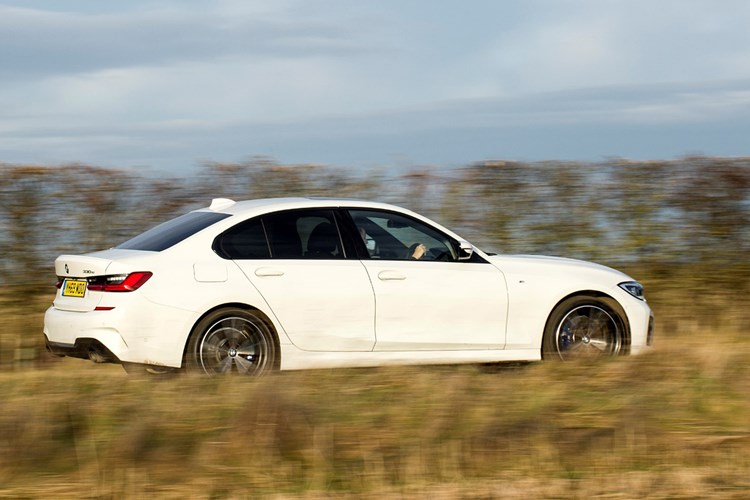 What models and trims are available?

As with the standard car, quality is right up there, but the interior design has arguably become a little too generic, and despite the size of the screens available, remains rather cluttered. The 330e is available in SE, Sport and M Sport specification, just like the rest of the UK range. 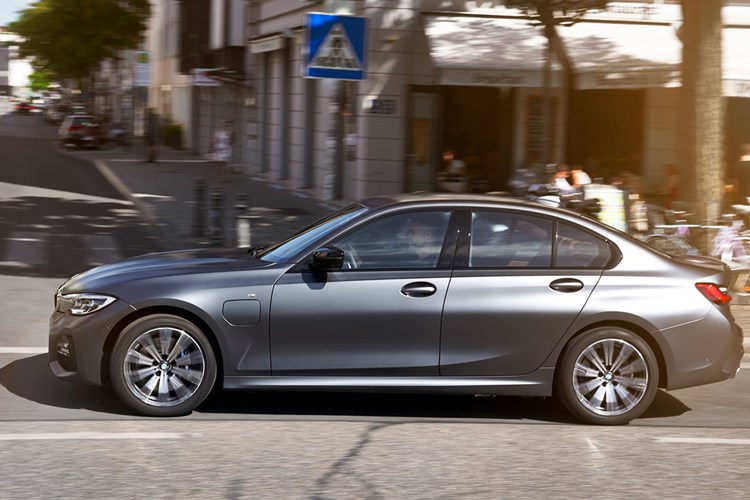 Should you buy one?

If you want a medium-sized plug-in hybrid family car, then this is the best you can buy right now. And as such, we can heartily recommend the 330e in either Saloon or Touring form – with the latter's additional practicality being an additional selling point for us.

Rivals include the Mercedes-Benz C-Class PHEV (in petrol and diesel forms), the Peugeot 508 PHEV, Volkswagen Passat GTE and Skoda Superb iV, and the. There's no Audi in the list – the A4 TFSIe is yet to be announced. And as an overall package, the 330e beats them all.

But while the 330e does the whole PHEV thing perfectly well, it still isn’t the kind of car that works as well as it should for car enthusiasts. This is well thought-out and even enjoyable tool, rather than the kind of genuinely emotional experience a really outstanding BMW can be.

BMW’s plug-in hybrid is blessed with plentiful performance, an extended electric range of more than 40 miles and some other very clever tricks. Its popularity is no accident – you might buy it to save on tax, but you can enjoy yourself at the same time, as it's a BMW through-and-through and drives as it should.

It's all relative, but do bear in mind that if you're opting out of a 330d or 330i, it'll feel marginally less agile in your hands.