The reveal of the all-new, eighth generation of the BMW 5-Series is scheduled for 2023, but sightings of camouflaged prototypes of the premium sedan combined with reports from insider sources have painted a pretty clear picture of what to expect. Additionally, a speculative rendering from Magnus.Concepts based on the prototypes give us a glimpse of what the upcoming 5er could look like.

The current 5-Series was unveiled in 2016 and received a facelift in 2020, so it is natural for a clean-sheet design to follow in 2023. The new generation will be based on the CLAR platform and, true to the “Power of Choice” strategy of the Bavarian automaker, will be offered in petrol, diesel, plug-in hybrid, and fully electric variants, with the latter expected to adopt the i5 moniker.

Plug-in hybrid prototypes of the 5-Series were spied testing on the roads of Munich, revealing a dynamic silhouette with traditional three-box proportions. The body is more sculpted compared to the current model while retaining the famous Hofmeister kink that notoriously disappeared from the 4-Series. At the front, there is a pair of aggressive headlights and a slightly larger kidney grille. At the back, we have a more coupe-style roofline and thinner taillights likely connected by an LED strip.

Inside, we expect to see the Curved Display already found on the iX combining a 12.3-inch digital instrument cluster with a 14.9-inch infotainment system. It will run the new BMW Operating System 8 with advanced connectivity features and all the latest ADAS offering semi-autonomous driving capabilities. 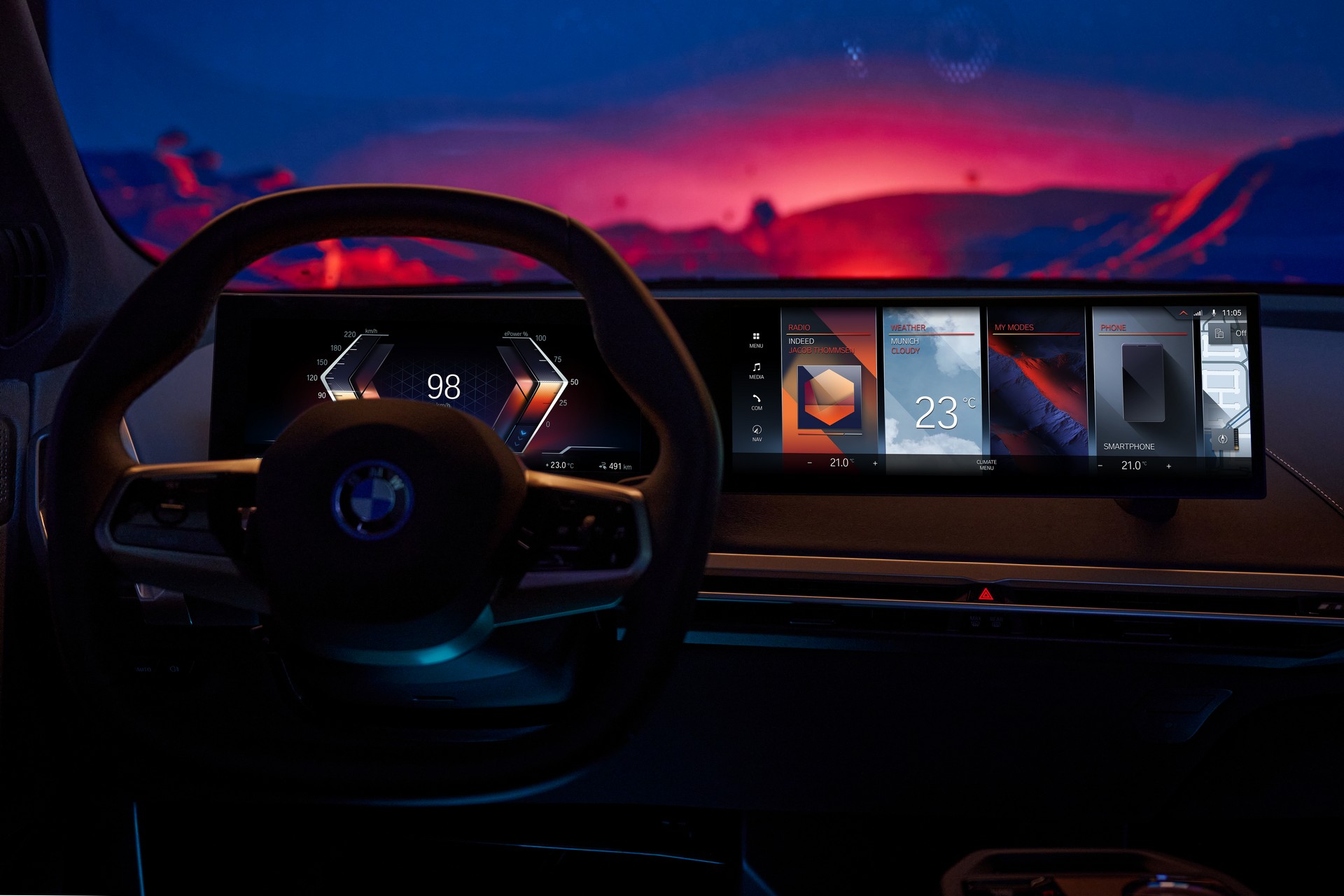 The engine range will feature updated versions of the current four- and six-cylinder units with mild-hybrid technology for improved efficiency. The plug-in hybrid variants will combine the turbocharged 3.0-liter six-cylinder with one or two electric motors, producing up to 500 hp (373 kW / 507 PS). Finally, the first electrified full-blown M car that is set to replace the M5 will reportedly use a plug-in hybrid combining the twin-turbo 4.4-liter V8 with electric motors, allowing for outputs close to 750 hp (559 kW / 760 PS) and supercar-rivaling acceleration figures.

As for the fully-electric BMW i5, it will be distinguished by other variants from the different grille, blue accents on the intakes, aerodynamic wheel designs, and the omission of the exhaust pipes. The base spec is more likely to be RWD with a single electric motor at the rear axle producing around 300 hp (224 kW / 304 PS) and a 70 kWh battery pack borrowed from the iX SUV. The more powerful xDrive50 could have two electric motors (one on every axle) producing more than 500 hp (373 kW / 507 PS), in combination with a larger 100 kWh battery offering 600 km (373 miles) of WLTP range. There are also reports of an M-rivaling i5 with up to 800 hp (597 kW / 811 PS), but we’d take that one with the proverbial grain of salt. 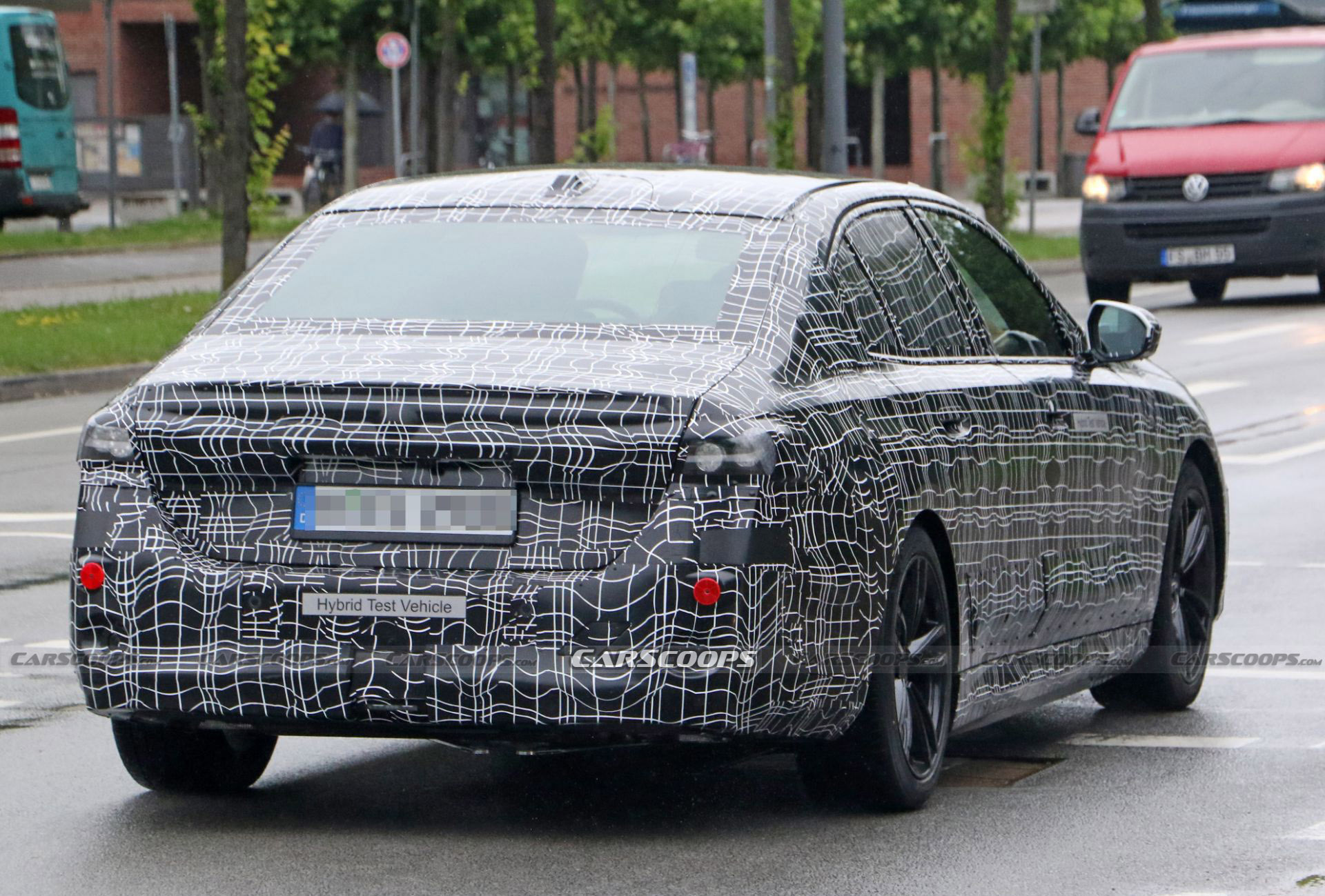 The fully electric sedan will be a direct competitor to the Mercedes-Benz EQE that was unveiled recently in Munich, the upcoming Audi A6 e-tron, and the next-generation Tesla Model S.

While BMW hasn’t confirmed it yet, a 5-Series Touring is likely to follow the four-door sedan offering more cargo room and extra practicality. We will have more information on the details as we inch closer to the 2023 release date of the 5-Series, which will most definitely be the last one to get ICE-powered variants before BMW’s range becomes 100 percent electric.