A range of subtle updates for the 2021 model year improve the Accord's tech quotient without altering its excellence.

The Honda Accord offers an unusually broad breadth of appeal. Among the family sedan's many trims and powertrains, there's truly something for everyone—and each version is mighty compelling in its own way. There are affordable models for those on a budget, Sport models with handsome curb appeal, the upscale Touring trim offering near-luxury interior appointments, and the Hybrid providing fuel efficiency without sacrificing refinement. Honda has revised the lineup for 2021, but there's little need for hand-wringing here. Besides the elimination of the six-speed manual transmission, there isn't anything in the refresh to diminish the Accord's overall excellence. And it improves in a few meaningful ways.

If Honda's freshening of the Accord for 2021 seems especially light, that's because it is. Tweaks at the front include a slightly wider grille and updated lighting elements, which include all-LED arrays on EX trims and above. Inside, the previously optional 8.0-inch infotainment touchscreen is now standard, and Honda has added rear-seat USB ports, a wireless smartphone charging pad, and wireless connectivity for Apple CarPlay and Android Auto as options.

Safety and driver-assistance features are improved for 2021 as well. Honda recalibrated the Accord's lane-keeping assist and adaptive cruise control systems to behave more naturally. After a brief drive on the highway in heavy traffic, we can confirm that the adaptive cruise control no longer exhibits the rubber-band behavior of the 2020 model, instead allowing the Accord to slow more gradually as it approaches traffic and quickly get back up to speed once the left-lane dawdlers move over. 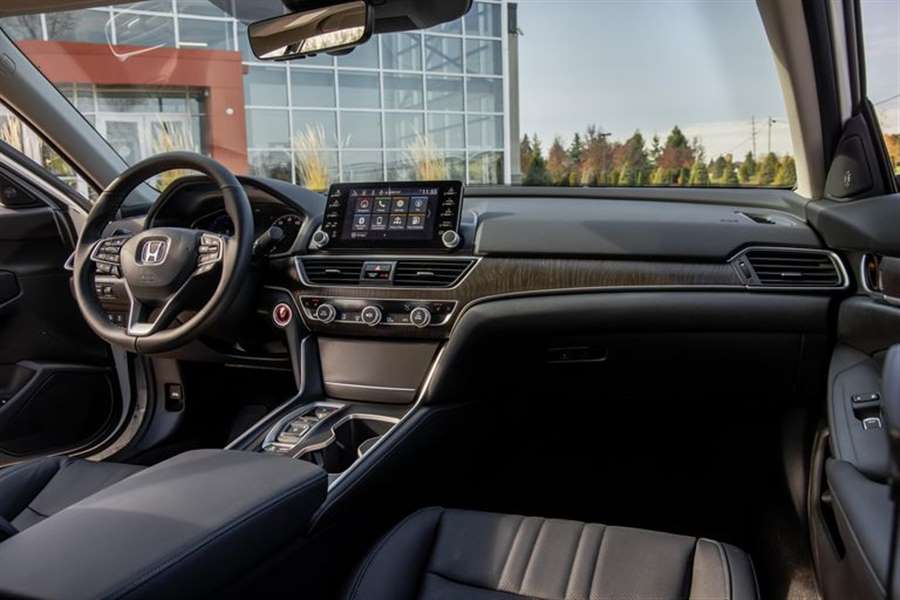 Our $38,050 Touring Hybrid test vehicle came loaded with features, including a head-up display, heated and ventilated front seats, leather upholstery and attractive 19-inch wheels. It also featured a new low-speed automated emergency-braking system that will apply the brakes if the driver is about to bump into an object at speeds between 1 and 5 mph. The only option was the sparkly Platinum White Pearl paint job, which cost $395.

The Accord's crisp handling, balanced ride, and quiet cruising demeanor all carry over unchanged. The suspension tuning strikes a nice balance, with the Accord delivering confident handling while managing to expertly edit out road imperfections.

LOWS: Styling updates are a little too subtle, clamorous engine sound under heavy throttle, EV mode only goes for about one mile.
Honda made some slight adjustments to the hybrid system's power delivery for 2021, with the intention of providing stronger acceleration in Sport mode. The alterations are predictably subtle. At our test track, the 2021 model pulled off a 7.1-second zero-to-60-mph time, which is similar to the last version we tested in 2018. What's more noticeable are the changes to the power delivery in the normal driving mode, which exhibits a calmer demeanor under acceleration. 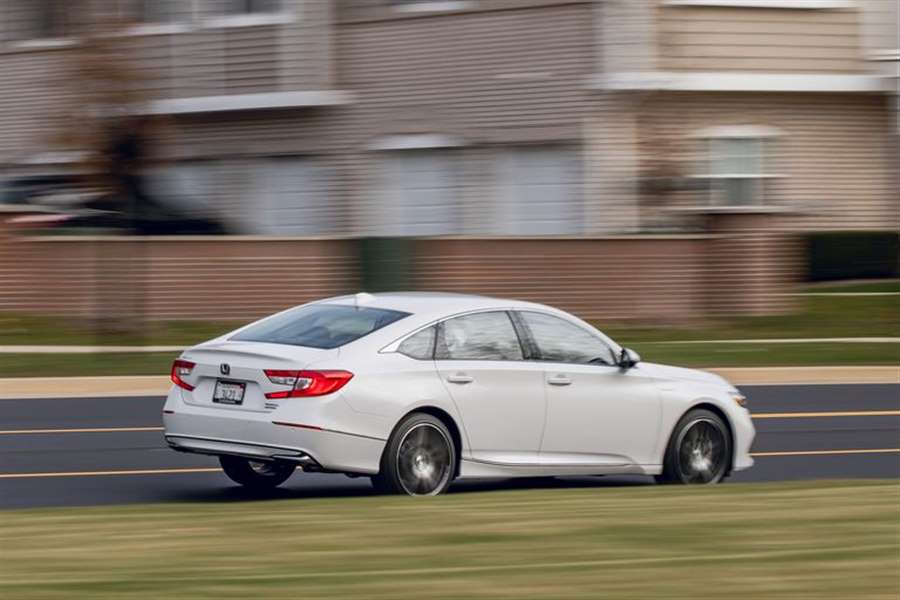 The Honda's hybrid powertrain is unlike any other in the market. The 143-hp 2.0-liter inline-four can generate electricity or directly drive the wheels in low load situations (think highway). In most situations, the 181-hp electric motor provides the propulsion. When you crack the whip, both the engine and motor combine for 212 horsepower, but off the line the Accord feels like a torquey EV because that's what it is; the electric motor makes 232 lb-ft of torque at 0 rpm.

As in the pre-facelift models, the 2021 Accord Hybrid still exhibits some coarse grumbles from the engine under heavy throttle. Fortunately, fuel economy remains practically the same, with the 2021 model's EPA combined estimate remaining 48 mpg and the highway score moving up a tick from 47 to 48 mpg. But that's for the lower-spec models riding on 17-inch wheels. The Touring trim rides on 19s and carries a 43-mpg combined and a 41-mph highway rating. 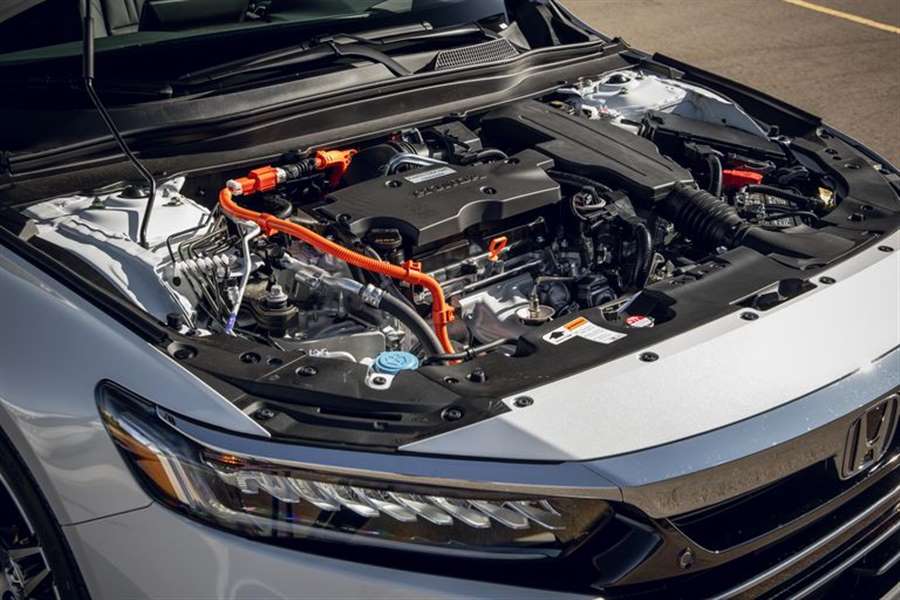 These updates, as minimal as they are, provide meaningful enhancements to the Accord's appeal without deviating from its winning formula. The alterations to the hybrid powertrain may not result in measurable improvements at the test track, but they help deliver a subjectively better driving experience. And the fact that Honda resisted the urge to jack up the price means that the Accord Hybrid Touring remains an outstanding anomaly—a luxurious sedan that gets economy-car mileage, no sacrifices required.

Mercedes
World premiere: The Mercedes EQS is something ...