Range Rover Evoque and LandWind X7 failed to validate the patent in China. Anyhow, Jaguar Land Rover legal proceedings are set to continue. The reason why they didn’t succeed are the designs who displayed before a patent application was issued. Jaguar Land Rover remains committed to pursuing legal action against the LandWind in a separate unfair competition and copyright case, according to news agency Reuters.

About LandWind X7
Release date of LandWind X7 was at the 2015 Guangzhou Motor Show. This fair was especially noticeable because just one hall away JLR launched a locally made Evoque. That was the first product of its joint venture with Chinese manufacturer Chery. At the time president of the JLR joint-venture, wouldn’t comment on the competitor copy of LandWind X7. They wish to promote just a advantages of Evoque and details regarding joint-venture.

In the meaning time Land Rover filed an action against copyright and unfair competition in a court in Beijing’s eastern district, Chaoyang. 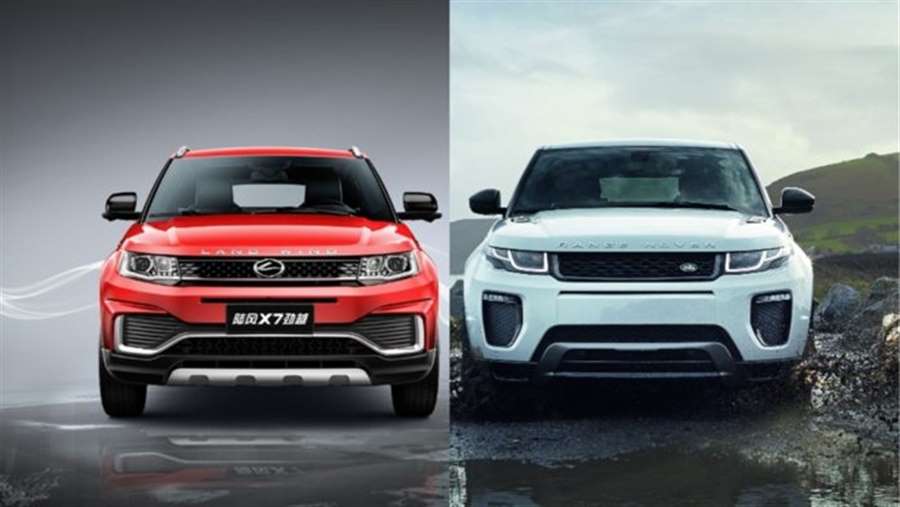 Who is better?
Analysts at the Guangzhou Motor Show gave first estimates that the new LandWind X7 has reasonable quality leathers and soft plastics. He noted, however, that many of the panel gaps were irregular, and highligted bubbling of paintwork on corners. Furthermore, the gaps of the rear doors and boot were neither regular nor flush with the sides. The biggest minus of the LandWind was previously scored a zero-star Euro NCAP crash test safety ratings for its Isuzu Rodeo-based X6. There are differences between the cars. The LandWind X7 is larger for 5cm including a 1cm longer wheelbase and most notably has a roof rack. 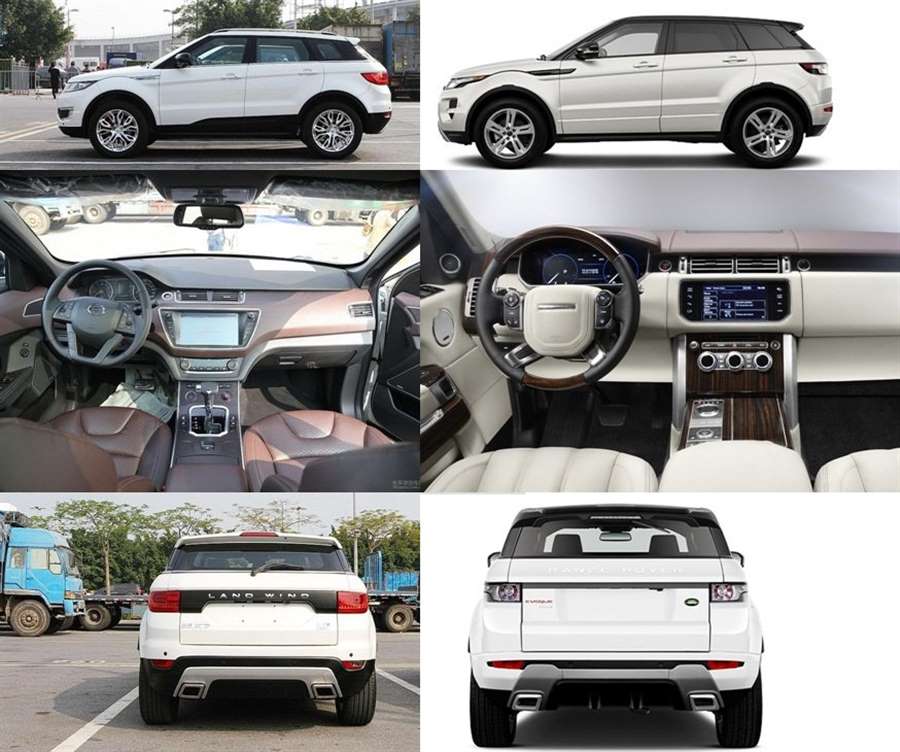 When we speak about the engine, LandWind has an underpowered 2.0-litre turbo petrol engine delivering 188bhp coupled to either a six-speed manual or eight-speed automatic. Land Rover Evoque offer a 237bhp with a nine-speed automatic unit.

External differences are minor and are more or less the same. This is carried over into the interior which sports a very similar dashboard layout.

One of the few areas where the LandWind X7 wins out is that it has a larger infotainment touchscreen than the Evoque.

Lexus
Lexus IS 350 Review: Refocused but Not Rejuvenated