Only launched a few weeks back, we have already had the chance to test Mercedes-Benz’ all-new E-Class Coupé. In fact, this E300 Coupé was a bit like Darth Vader’s wheels. Well, that’s what at least two of the people we happened across said. They’re coupled at the tote, old Darth Vader and black.

Anywa, this is the freshly face lifted Mercedes-Benz E 300 Coupe AMG Line. And it does one thing really well. It very much looks the part. But it also does a so much else very well, too.

Acceleration is impressive, smooth; road holding and handling involving – especially at an elevated pace. For a larger family-coupé, that is. Albeit a touch rowdy, this latest 255 hp 277 lb-ft Nm turbo four-pot has a fruity exhaust note and works the chassis well enough. Although that four-cylinder noise may be a disappointment to the petrol heads expecting a V8 burble. Welcome to tomorrow, Darth Vader. 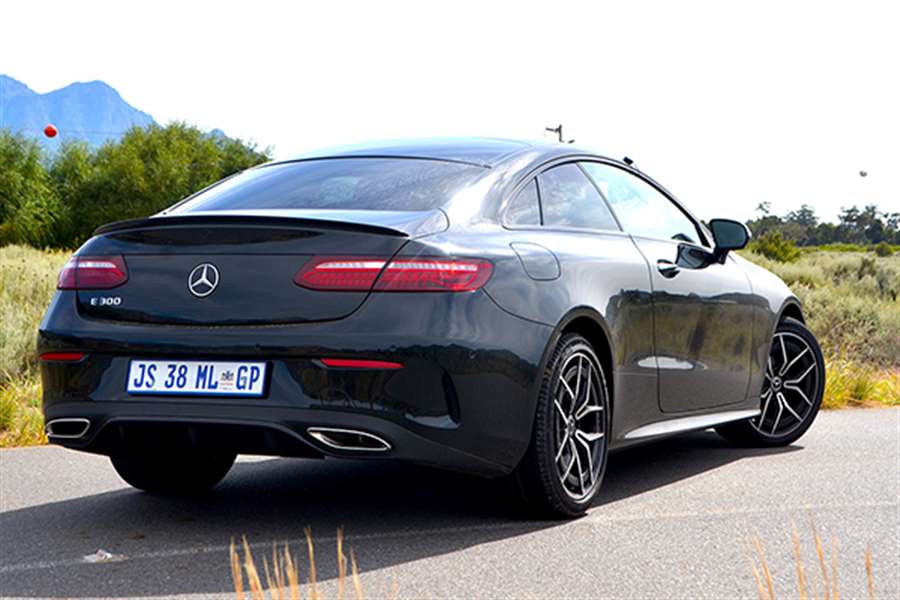 Tight, fast cornering is a pleasure and road-feel is positive, if a tad noisy over rougher tar surfaces. Probably because of those tires. Otherwise, it’s silent as a ghost with impeccable ride quality. The E 300 Coupé reduces the effects of gnarly speed-reducing road-bumps and humps to a far smoother, more acceptable experience.

That 9-speed gearbox is a treat in everyday driving, although it tends to get a bit laggy if you push it hard, when the car’s considerable heft also starts to make itself known. And we noticed a tendency to creep without notice when stopped and idling though.

But there’s more to this car than just the go. It has the show in spades, too. Ours had the coolest black on black wheels and LED headlights on the outside. And if technology exists, it’s in this AMG line specced cabin.

Mercedes-Benz has also taken its already hugely impressive multifunction steering wheel tech another step forward. It takes a bit of getting used to, but the expanded touch tech on this new wheel takes multifunction to a new level altogether. Merc’s rivals were still trying to catch up to the touchpad tech on the last level multifunction wheel. Now it’s just moved even further ahead…

You get a kaleidoscope of ambient lighting, a reversing camera, split folding rear seats and that bigger 12.3-inch screen. Trying hard to be an IMAX cinema on wheels, with proper smartphone connectivity to boot, infotainment really is top class. And Miss My Mercedes at your beck and call.

It’s Roomy for a Merc Coupé

The seats are adjustable. In every direction. So, in spite of a lower driving position visibility is great. Add a panoramic roof and splendid 13-speaker Burmester stereo. And even a Driving Assistance pack for semi-autonomous motorway driving. It had a Lane Tracking pack, which I’d never have. I stopped to turn it off post haste. But if that floats your boat… 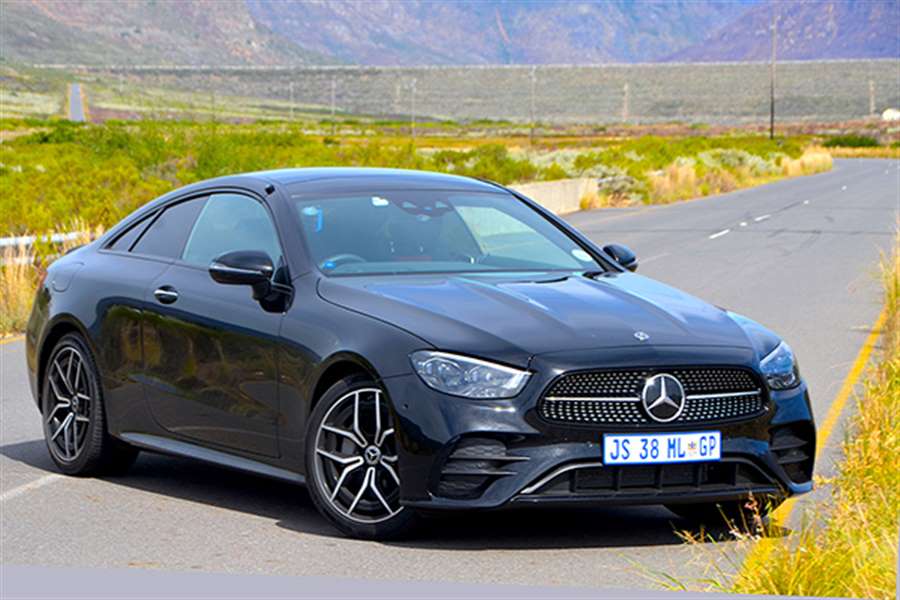 That cabin really looks great and has high quality, rigid components. Typical merc. Most of all, this E 300 Coupé is sensibly roomy and without much compromise. Which is good for a Merc coupé. Four adults fit inside. All their baggage in the cavernous trunk. And those pillarless windows bring a bit of Subaru-esque je ne sais quoi, mind you.

So, if looking good and driving cool is high on your agenda, this Vader-like E-Class Coupe defines Mercedes at its imperious best. Not quite the boy racer, it’s more of a sporty posh luxury sled. It away takes that driving stress, rather than piling it on.

E300 Coupé is basically a Mini Me S Coupé

And it’s half the price of its S-Class Coupe big bro, so maybe best without the badge. It is a serenely relaxing experience, all the same.