What's a Volkswagen Taigo? It's the result of more platform gaming from the VW Group as its latest small family car bridges the gap between the Polo and T-Cross models with a Coupe-SUV bodystyle. It's a growing indicator of how seriously the German firm is treating the crossover market – with a total of six individual SUVs from the T-Cross to the Touareg.

Direct rivals aren't that numerous. Popular Coupe-SUVs such as the Toyota C-HR, Renault Arkana and (arguably) the Citroen C4 are generally in the class above. But the sleek Ford Puma is definitely going to appear on many of the same shopping lists, as is the larger Kia XCeed and Mazda CX-30.

What’s new about the Volkswagen Taigo?

The concept of the coupe-shaped SUV has largely been the preserve of more expensive models in manufacturer model ranges, but the new Taigo is Volkswagen’s first foray into this increasingly popular market segment.

It’s flatter and longer than the T-Cross it so closely based on, but has the same ground clearance. This means it’s obviously higher and roomier than a Polo, yet despite the swooping rear roofline, this five-seater is said to be able to swallow even the tallest rear-seat passengers. 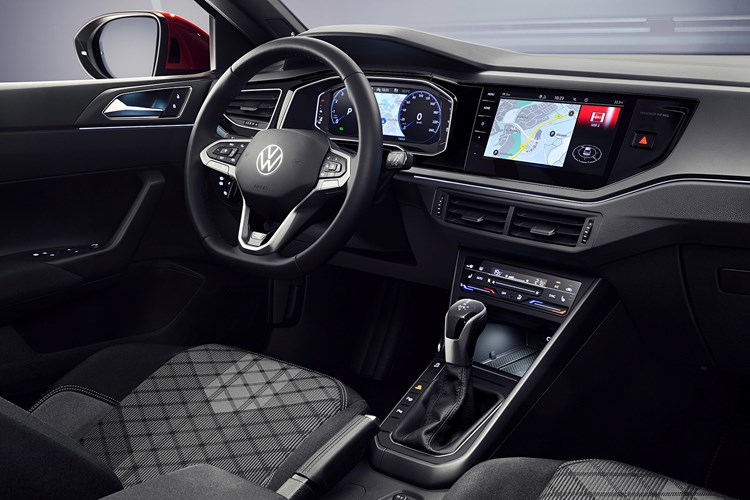 Volkswagen have made a big play about how emotional the Taigo’s design is. It describes the Taigo as ‘fully digital and always on’, which means you can access online streaming services in the car, in addition to Apple CarPlay and Android Auto. There’s also wireless charging for smartphones and a multitude of online apps to manage your Taigo online.

In addition, VW also makes a big play of the Taigo’s Digital Cockpit. The Digital Cockpit Pro allows you to fine-tune this to your heart’s content. Keeping things digital, climate control is performed via a touchscreen too. Once you’ve stopped playing with all the screens, the fundamentals are good. Though the coupe-style roof means that the Taigo can’t quite match the T-Cross for storage space (455 litres), it’ll still swallow 438 litres. 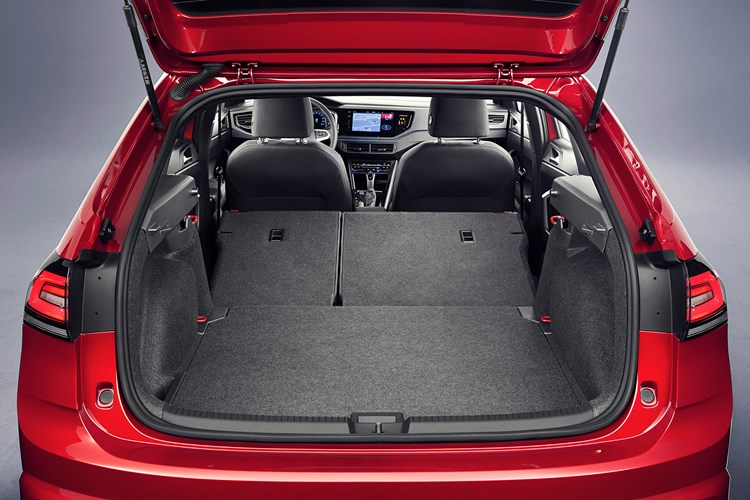 What engines are available?

There are three petrol engines, two three cylinders (95 and 110hp) and one four cylinder (150hp), which marshalled via either five- or six-speed manual gearboxes or a seven-speed dual clutch automatic gearbox. We’ve yet to see fuel economy and CO2 figures for the Taigo’s engines.

What models and trims are available?

Volkswagen has rationalised its trim lines across the range for clarity, and describes the Taigo’s lineage as having a Y shape.

The aforementioned Digital Cockpit is standard to all Taigos, and the next rung up the trim level ladder, the Life, adds a front armrest with a USB-C interface, multifunction steering wheel in leather and electric foldable exterior mirrors. From here the trims diverge, with the R-Line offering a more sporty look inside and out than the more luxury-focused Style. The XDS electronic differential lock is an option on the R-Line and Style, and a towing bracket is an option on all Taigos.

For those looking to get busy with the options list, you can choose from a panoramic sliding/tilting sunroof, Digital Cockpit Pro with 10.25-inch display, ArtVelour seat covers, voice control, Black Style design package for the R-Line and the ‘beats’ sound system with 300 watts and six speakers.

When does it go on sale?

The car was scheduled for late 2021 when it was unveiled in late July, but we’ve not heard a firm date for its arrival.